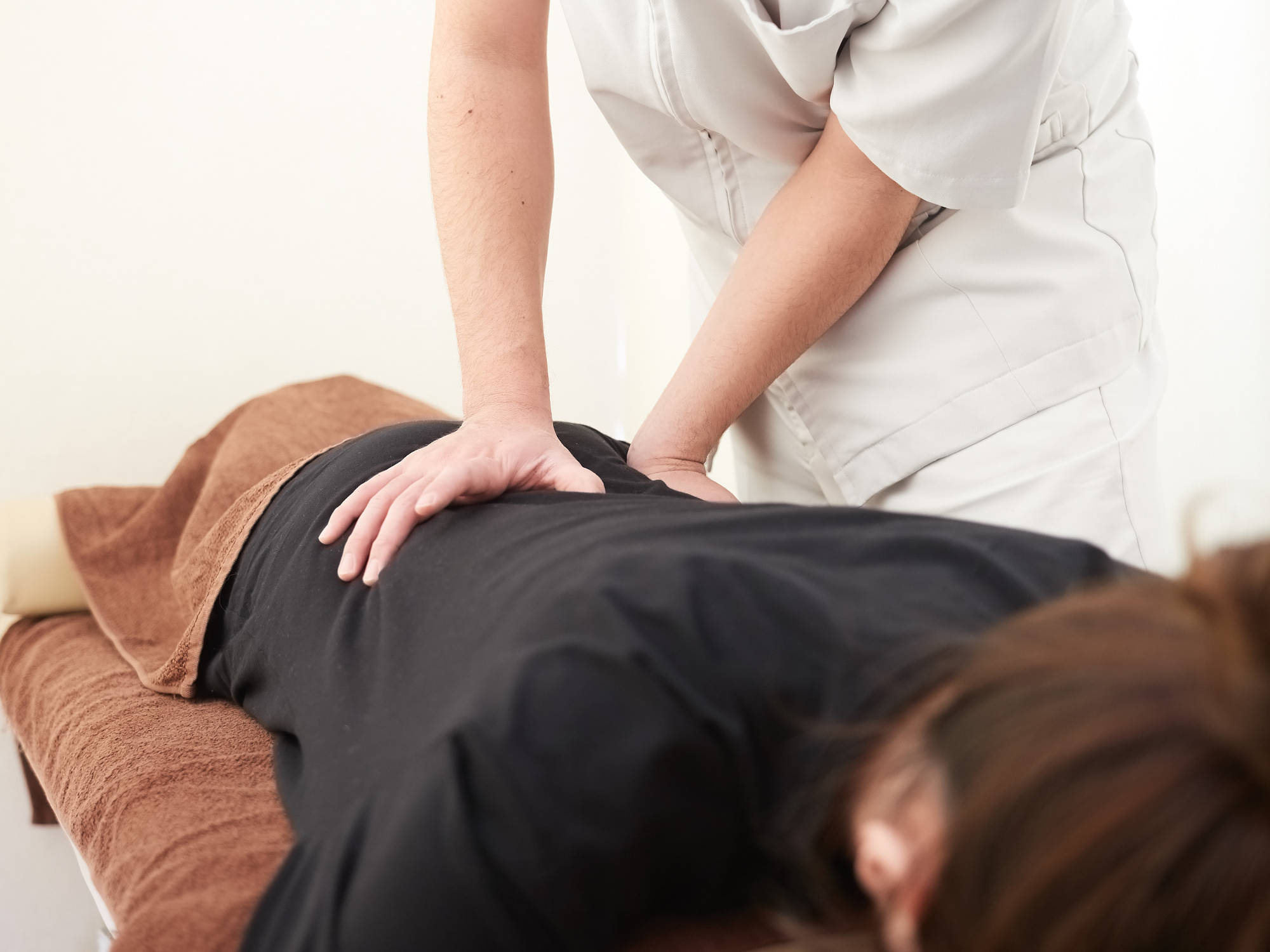 The human spine is composed of bones (vertebrae) that are stacked on top of each other and cushioned by rubbery pads that lie between them, called “spinal disks” or intervertebral disks. The spinal disks are roughly a quarter of an inch thick, with an elastic, fluid-filled core. They help prevent bone-on-bone friction and also increase the spine’s shock-absorption and flexibility. However, when subject to stress, the material inside the spinal disks can swell, bulging out from between the vertebrae and pressing against the surrounding nerves.1 This “herniated disk” is a common cause of lower back pain, and flexion distraction manipulation is one way to treat it.2

Flexion distraction manipulation is a chiropractic therapy in which the patient lies face-down on a mobile table, which gently stretches the spine while the practitioner massages key areas of the back. (“Flexion” refers to bending the body in such a way that brings joints closer together, and “distraction” refers to the pressure put on the body.) This creates a negative pressure that pulls the disk back between the vertebrae. It also prevents the tough, circular exterior of the spinal disk, the annulus fibrosus, from becoming distorted, which can cause pain. Since its invention in the 1960s by James Cox, flexion distraction has been the subject of various case studies and anecdotal reports, which have helped characterize and clarify its therapeutic benefits.2

For example, a 2019 study published in the Journal of Physical Therapy Science by Oh et al. examined the clinical outcomes of 30 female patients who visited a South Korean orthopedic clinic with symptoms consistent with herniated intervertebral disks. The researchers administered flexion distraction and another, similar chiropractic therapy (the drop technique) to two groups of 15 herniated disk patients. The control group received spinal decompression — non-chiropractic therapy that uses a specialized medical device instead of manual therapy. The researchers found that the patients’ straight leg raising angle and intervertebral disk height significantly improved in both groups, but that there was no significant difference in the increase when comparing the groups — in other words, the treatments were equally effective.3

The effectiveness of flexion distraction for patients with herniated disks has been repeatedly demonstrated. Kwon et al., cited by Oh, also found improved straight leg raising angles after application of flexion distraction.3 A study by Gudavalli et al. of cadaveric spines found that spinal disk space increased by approximately 3 mm and the angle of the intervertebral disk by around 6 degrees in the lumbar vertebrae of cadavers.4 In the study by Oh et al., the disk space increased by an average of 1.3 mm.3 Gay et al. found in another cadaveric study that the technique decreased the pressure within the intervertebral disk by 65 percent.5